Dear friend,
We are very excited to announce an event we will be hosting, on Tuesday, Jan 8th at 7pm.
Behind Enemy Lines - The True Story of a French Jewish Spy in Nazi Germany featuring Marthe Cohn

Don't miss this incredible opportunity to hear from and interact with a 98-year-old Holocaust survivor who was also a French spy.

For more details or to purchase a ticket follow this link:
https://conexusartscentreevents.ca/…/behind-enemy-lines-th…/

Please note: no one will be turned away due to lack of funds, please contact Rabbi Avrohom at 306-351-5949 in complete confidentiality if you can't afford it. 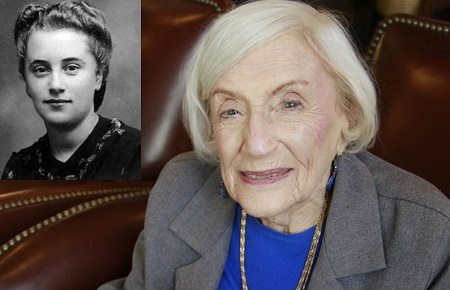 Marthe Cohn, was born in Metz, France in 1920. She was a beautiful, young woman living across the German border in France, when Hitler rose to power. As the Nazi occupation escalated, Marthe's sister was sent to Auschwitz while her family fled to the South of France.

Marthe chose to fight back, and joined the intelligence service of the First French Army. Utilizing her perfect German accent and Aryan appearance, Marthe posed as a German nurse desperately trying to obtain word of a fictional fiancé. She traveled the countryside and approached troops sympathetic to her plight, thereby obtaining critical information for the Allied commanders.

For her bravery, Marthe was awarded the Croix de Guerre and Médaille Militaire. When at age 80, Cohn was awarded France's highest military honor, the Chevalier de la Légion d'honneur (Legion of Honour), not even her children knew to what extent this modest woman faced death daily to defeat the Nazi Empire. At its heart, this remarkable story is the tale of an ordinary human being who, under extraordinary circumstances, became the hero her country needed her to be.

In 2002 Marthe penned her memoir, "Behind Enemy Lines: The True Story of a French Jewish Spy in Nazi Germany." She lives together with her husband in Palos Verdes, CA and travels internationally, sharing her remarkable story.